Trump issued a series of pardons Dec. 22, including Nicholas Slatten, Paul Slough, Evan Liberty and Dustin Heard, who will have their prison sentences commuted after being convicted on charges related to the Nisour Square massacre in Baghdad in 2007. (RELATED: President Donald Trump Pardons Four Former Blackwater Contractors Convicted In Killings Of 14 Iraqi Civilians)

The UN High Commissioner for Human Rights condemned the decision, calling it an “affront to justice.”

“Pardoning the Blackwater contractors is an affront to justice and to the victims of the Nisour Square massacre and their families,” Jelena Aparac, chair of the U.N. working group on the use of mercenaries, said in a statement Wednesday.

The UN says the U.S. is violating its obligations to hold war criminals accountable. Slatten and his co-defendants, who were part of a tactical support team called “Raven 23,” had opened fire in and around Nisour Square on Sept. 16, 2007, killing 10 men, two women, and two boys, and injuring 17 others. The murder charge was for the killing of Ahmed Haithem Ahmed Al Rubia’y, a 19-year-old aspiring doctor who was among the civilians gunned down. 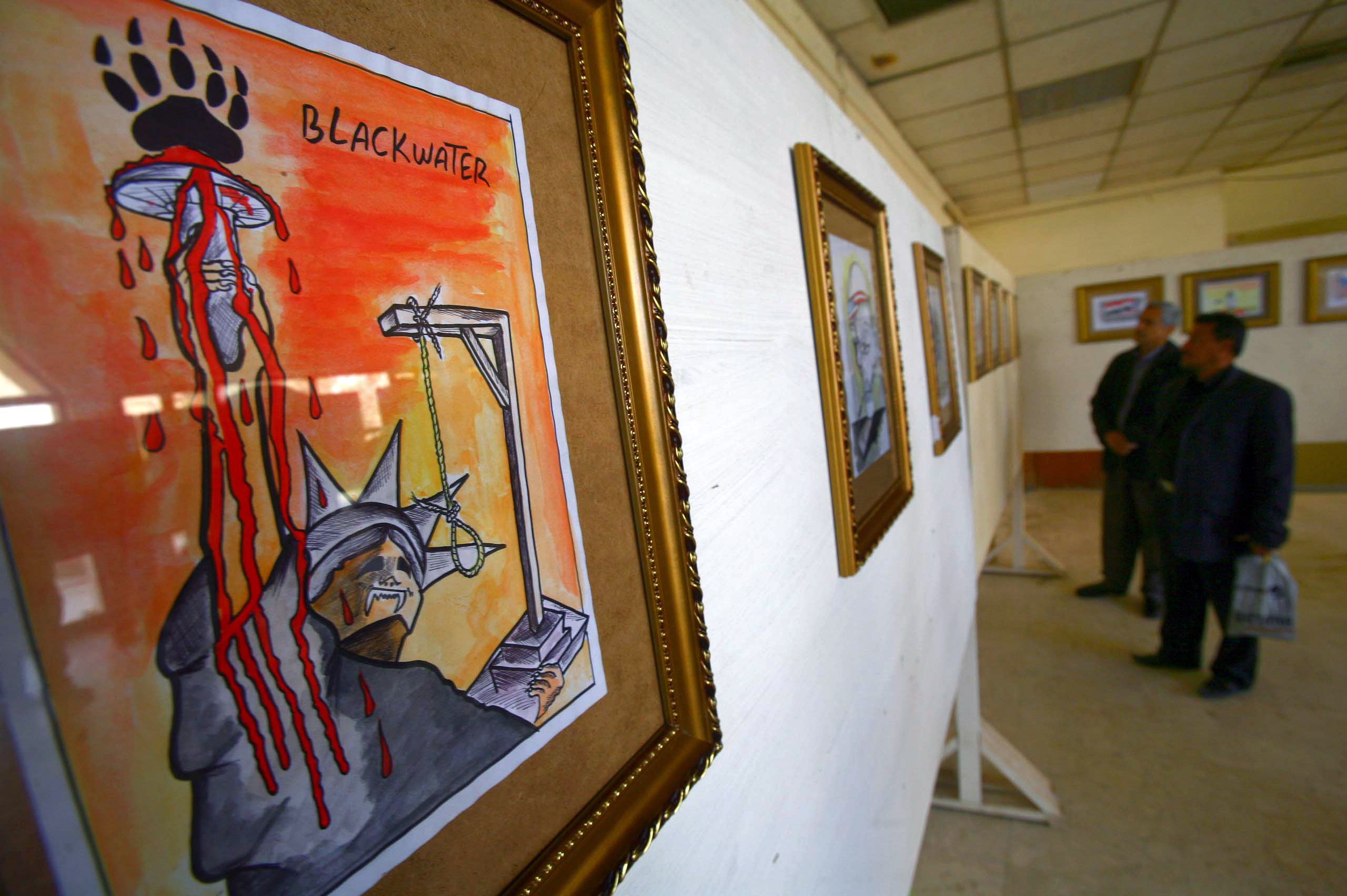 A cartoon against US security firm Blackwater, which was barred from Iraq over a deadly 2007 shooting, is displayed at an exhibition in Karbala, central Iraq, on November 28, 2011.( MOHAMMED SAWAF/AFP via Getty Images)

Slatten was the first to fire, without provocation, according to the Justice Department. Slatten’s co-defendants were found guilty in 2014 of voluntary manslaughter, attempted manslaughter, along with other charges. Slatten was sentenced to life in prison, while the other 3 men got 30 years each. The massacre ignited international outcry over the use of private security contractors in war zones.

“The Geneva Conventions oblige States to hold war criminals accountable for their crimes, even when they act as private security contractors. These pardons violate US obligations under international law and more broadly undermine humanitarian law and human rights at a global level,” the UN’s statement continues.

The Geneva Conventions are a series of treaties that provide protections for civilians, prisoners of war, and soldiers who are incapable of fighting. The conventions also oblige states to hold war criminals accountable, a point that the UN emphasizes includes private security contractors. By giving private security contractors impunity, states could be encouraged to outsource military operations to the private sector, the UN says.

“Ensuring accountability for such crimes is fundamental to humanity and to the community of nations,” she said. “Pardons, amnesties, or any other forms of exculpation for war crimes open doors to future abuses when States contract private military and security companies for inherent state functions,” the statement adds.

The pardon was supported by multiple Republican congressmen and others who argued that the four men had been excessively punished, and that the investigations into the incident were tainted. The former contractor’s defense attorneys also argued their clients were ambushed by Iraqi insurgents and returned fire. In the announcement of the pardons, the White House pointed to alleged ties between the case’s lead Iraqi investigator, who prosecutors heavily relied on, and insurgent groups.