U.S. Ambassador to China Terry Branstad is retiring from his post, the U.S. Embassy in Beijing announced Monday.

Branstad reportedly confirmed his decision to President Donald Trump by phone earlier in September, and will depart Beijing in early October, the statement says. He will have served in the position for more than three years and three months. Branstad is the former governor of Iowa. 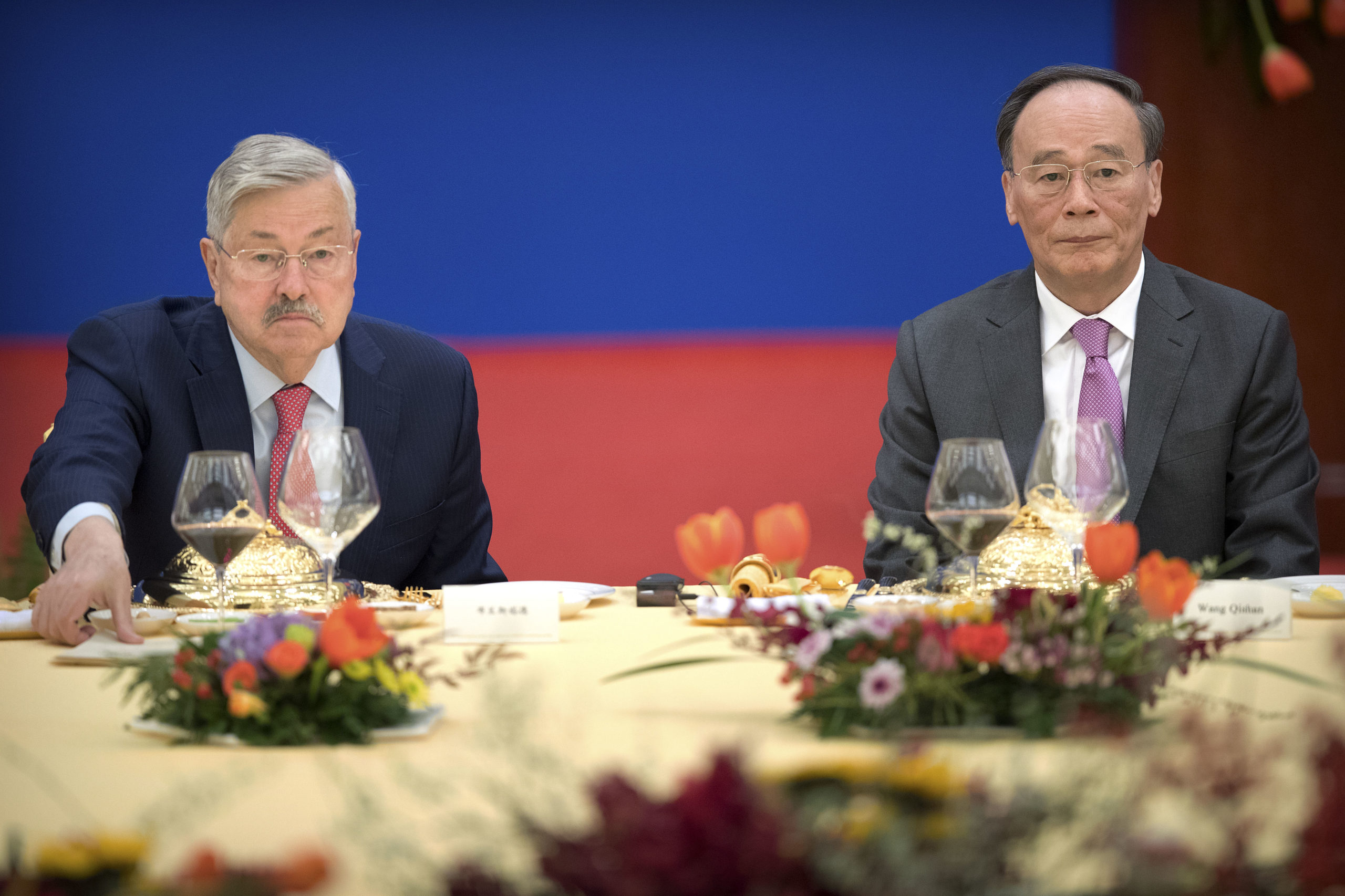 BEIJING, CHINA – JANUARY 10: U.S. Ambassador to China Terry Branstad, left, and Chinese Vice President Wang Qishan attend an event commemorating the 40th anniversary of the establishment of diplomatic relations between the United States and China at the Great Hall of the People on January 10, 2019 in Beijing, China. (Photo by Mark Schiefelbein-Pool/Getty Images)

The ambassador said he’s proudest of the apparent strides made in regards to trade between the U.S. and China. The statement mentions Branstad’s role in leading the embassy’s effort to reduce the flow of Chinese fentanyl, a highly addictive opioid, into the U.S.

“I am proudest of our work in getting the Phase One trade deal and delivering tangible results for our communities back home. Our goal remains meaningful, measurable results for American families. We have made significant progress and we will not stop pressing for more,” the statement reads.

Branstad traveled throughout China, visiting 26 of the 34 provinces and regions.

“We are rebalancing the U.S.-China relationship so that it is fair and reciprocal and can fuel positive growth in both countries.”

Branstad will be leaving the embassy amid escalating tensions between the U.S. and China. There has been recent charges by the Justice Department against researchers and academics suspected to have ties to Chinese Communist Party entities and a crackdown by Beijing on American media reporting from China.

Secretary of State Mike Pompeo thanked Branstad for his service on Twitter.

I thank Ambassador Terry Branstad for his more than three years of service to the American people as U.S. Ambassador to the People’s Republic of China.

While the statement offered no reasons for the departure, it is not unusual for political appointees to serve only a single term, according to The New York Times. Earlier in the month, the State Department complained that one of the Communist Party’s newspapers, the People’s Daily, refused to publish an op-ed by Branstad.

“The People’s Daily’s response once again exposes the Chinese Communist Party’s fear of free speech and serious intellectual debate — as well as Beijing’s hypocrisy when it complains about lack of fair and reciprocal treatment in other countries,” Pompeo said in a statement Wednesday, according to Reuters.

China’s decision to not publish the op-ed followed the U.S.’s decision to revoke roughly 1,000 visas of students with ties to the Chinese military. Zhao Lijian, a spokesman of China’s foreign ministry, responded by calling the decision “outright political persecution and racial discrimination” that violated the students’ “human rights.” (RELATED: China Calls US Decision To Block Visas For Students With Ties To Chinese Communist Party Military ‘Persecution’ And ‘Racial Discrimination’)