A team of scientists have created a new vodka made with crops and water from inside Chernobyl’s infamous exclusion zone.

Chernobyl is an abandoned Russian nuclear power plant that melted down in 1985, creating a 1000 square mile exclusion zone that’s still unsafe to permanently inhabit, due to the radiation levels. A team of British and Ukrainian scientists have created Vodka using resources from inside that zone, vowing to donate at least 75% of the proceeds to supporting the people and wildlife displaced by the nuclear meltdown, according to Sky News.

The new “Atomik” vodka is “possibly the most important bottle of spirits in the world,” says professor Jim Smith from the University of Portsmouth. Smith conceived the idea for Atomik during the many years he spent studying conservation inside the exclusion zone, reports Sky.

Atomik was produced using grain grown within the exclusion zone, and water pumped from an underground reservoir very near to the Chernobyl power plant itself, according to the New York Times. 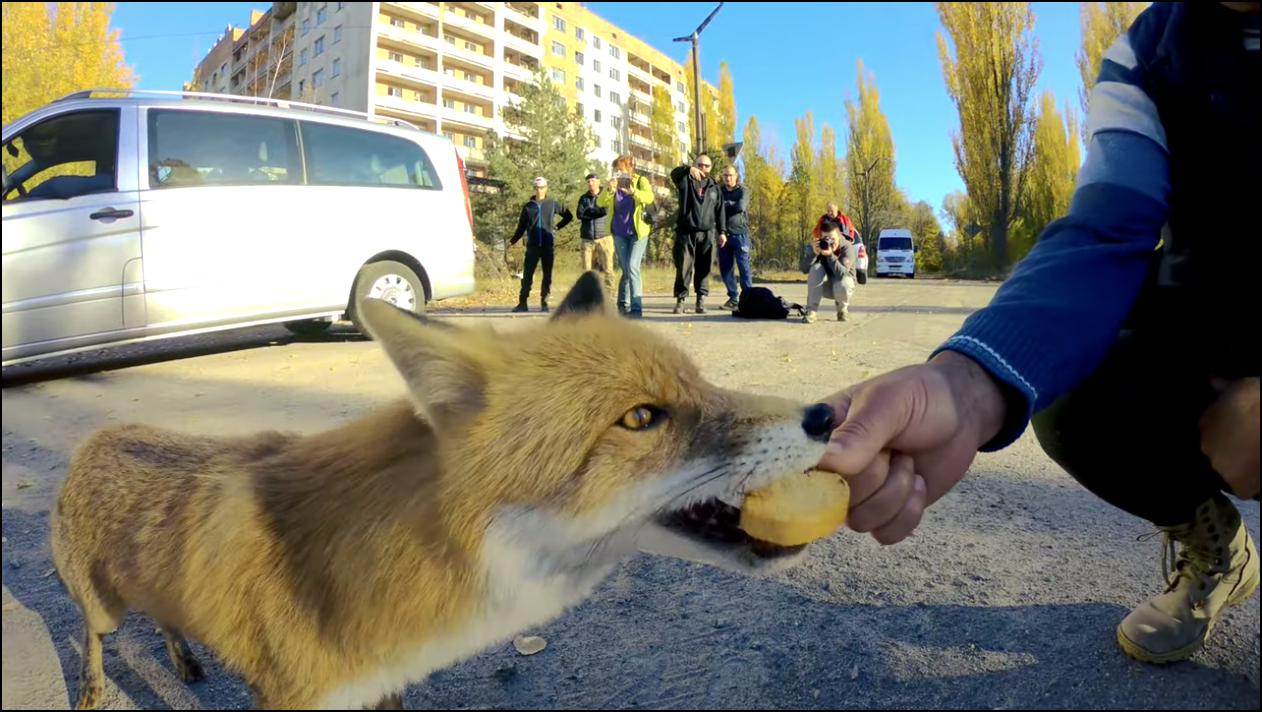 Since being abandoned by humans, the towns of Chernobyl have become host to wildlife like this fox. (YouTube/ Chernobyl Zone – Radioactive Team)

Smith and his colleagues promise that Atomik is no more radioactive than any other vodka, and have even published academic research on the potential safety and viability of using alcohol production as a means for “for re-use of abandoned lands.” (RELATED: OPINION: Is The United States’ Nuclear Capability Safe From Other Nuclear Powers?)

Although only one bottle has been produced so far, Smith “hope[s] to begin a small-scale production this year,” with a run of a few hundred bottles, according to Sky.

If Chernobyl vodka isn’t enough to satisfy whatever post-apocalyptic craving you may have, you can experience the ruined world of the exclusion zone, with one of the several companies that offer tours of the area. As radiation continues to drop while public interest remains steady, the failed Russian disaster zone is becoming something of a tourism hotbed.