America has imposed highly restrictive sanctions on other countries for human rights abuses, barring companies from doing business with them. But China, a country that is committing genocide against an ethnic minority, still enjoys the benefit of doing billions of dollars in business with the United States.

The United States has prohibited companies from doing business with countries like Iran, North Korea, and Cuba.

Human Rights Watch calls North Korea “one of the most repressive countries in the world” which controls its citizens through violence and fear. North Korean people are restricted from traveling or communicating with the outside world and do not have freedom of religion, speech or assembly. The country also uses forced labor to build infrastructure and other projects.

Iran sponsors terrorist groups including Hezbollah, Hamas, and Palestine Islamic Jihad, which target Israel. Human rights activists, environmentalists, and other citizens have reportedly been beaten and abused in prison, according to Human Rights Watch. Activists can go to jail for decades for peaceful dissent.

Cuba uses arbitrary detention as a punishment for dissent, which is not tolerated by the government. In order to silence critics and control its citizens, Cuba uses beatings, public shaming, travel restrictions, and termination of employment as punishments, according to Human Rights Watch. Several news sites that were seen as critical of the regime were blocked in Cuba.

China has reportedly imprisoned over one million Uighur Muslims in the Xinjiang region. The Muslim minority is subject to forced labor and human rights abuses so severe that in January, the United States declared it a “genocide.” A Buzzfeed report revealed that China had imprisoned so many Uighurs, they had to build vast new infrastructure to use as “re-education camps.” (RELATED: East Turkistan Prime Minister Compares China’s Treatment Of Uighurs To The Holocaust) 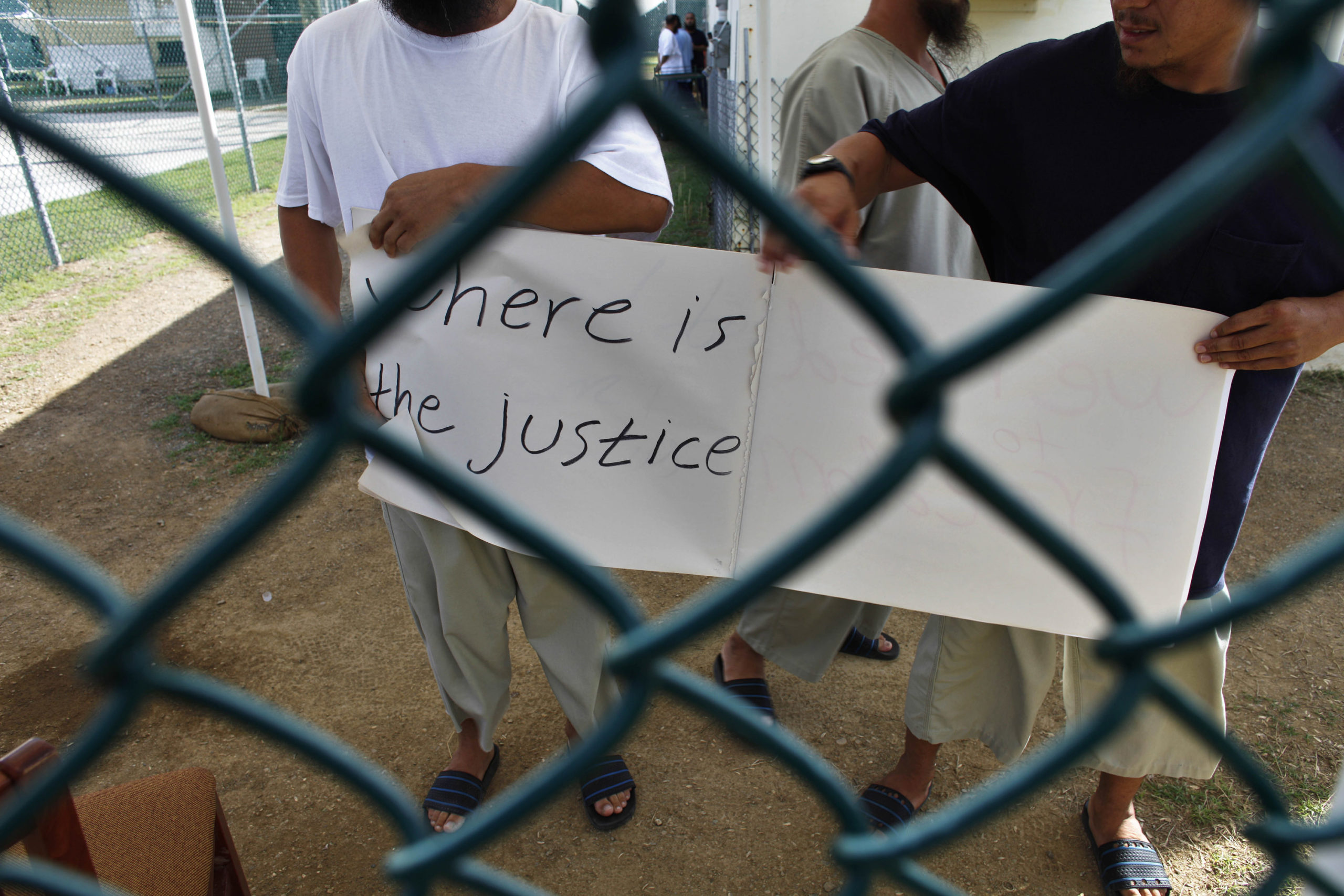 Chinese Uighur Guantanamo detainees show a home-made note of protest to visiting members of the media at Camp Iguana detention facility June 1, 2009 at U.S. Naval Base Guantanamo Bay, Cuba. Seventeen Uighur detainees at Guantanamo are cleared for release but continue to be held because China considers them terrorists and has indicated they will be incarcerated if they return. (Photo by Brennan Linsley-Pool/Getty Images)

Despite the horrific abuses, China still benefits from doing billions of dollars in business with the United States. In January of 2020, China and the U.S. signed the Phase One trade deal, in which China promised to buy $200 billion more in goods than they did in 2017 by the end of 2021. China purchased a record $9.9 billion in goods from the U.S. in September 2020.

America depends on China for a variety of products including pharmaceuticals, electrical machinery, toys, furniture, and plastics. In 2019, China was the largest supplier of goods to the U.S., and America also imports services from China. In 2019, $20.1 billion worth of services was imported from China to the U.S. – a 111% increase from 2009 and a 463% increase from 2001.