When The 2nd Most Populous Country Blocks The Internet, People Return To Print Newspapers For Their Crusade

Farmers in India protesting recent farming laws have turned to print newspapers as a vital source of communication since the government blocked internet access in the areas where demonstrations are taking place, Thomson Reuters Foundation reported.

Farmers are picking up free print copies of the biweekly “Trolley Times” newspaper, which was first published in December after three weeks of protests. The newspaper features stories of the protests and on community facilities like kitchens and medical aid. Demand has surged — the paper has upped its print copies from about 1,000 to 5,000 copies. 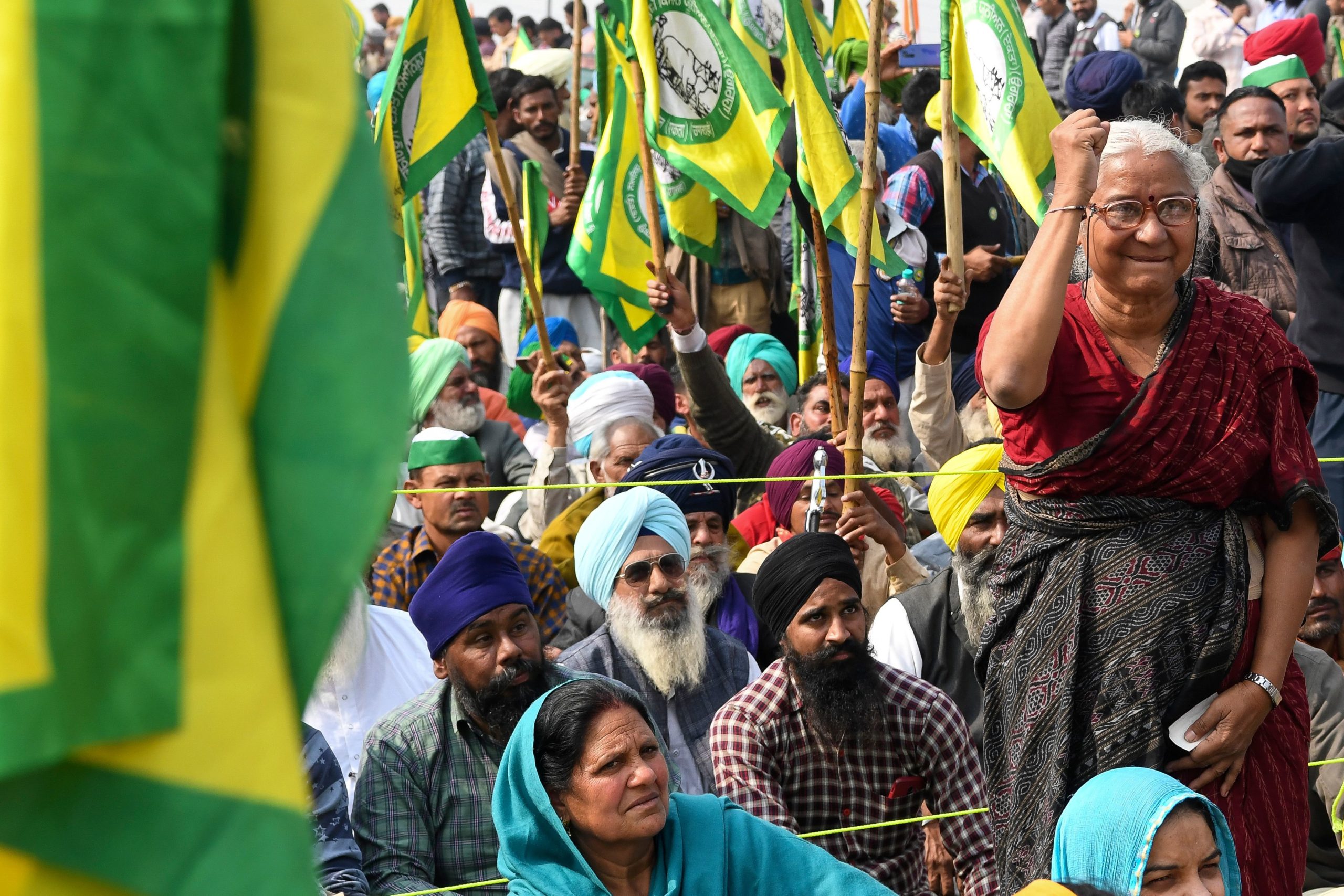 “We cannot rely on social media alone,” Gurdeep Dhaliwal, a photographer who launched the newspaper with six friends, told Thomson Reuters. “Moreover, many of the older farmers are not comfortable with social media, and prefer to read a print copy.”

The protesters in India are trying to pressure Prime Minister Narendra Modi to repeal recent farming reforms that would diminish the government’s role in agriculture, allowing for more private investors to become involved. While the government claims the new laws would bring growth, farmers fear that the removal of state protections would leave them vulnerable to greedy corporations, The New York Times (NYT) reported.

Violence erupted in late January when thousands of protesting farmers gathered in New Delhi, some using tractors to dismantle police barricades while others carried long swords and other weapons. The farmers claim the government stoked the violence, according to NYT. 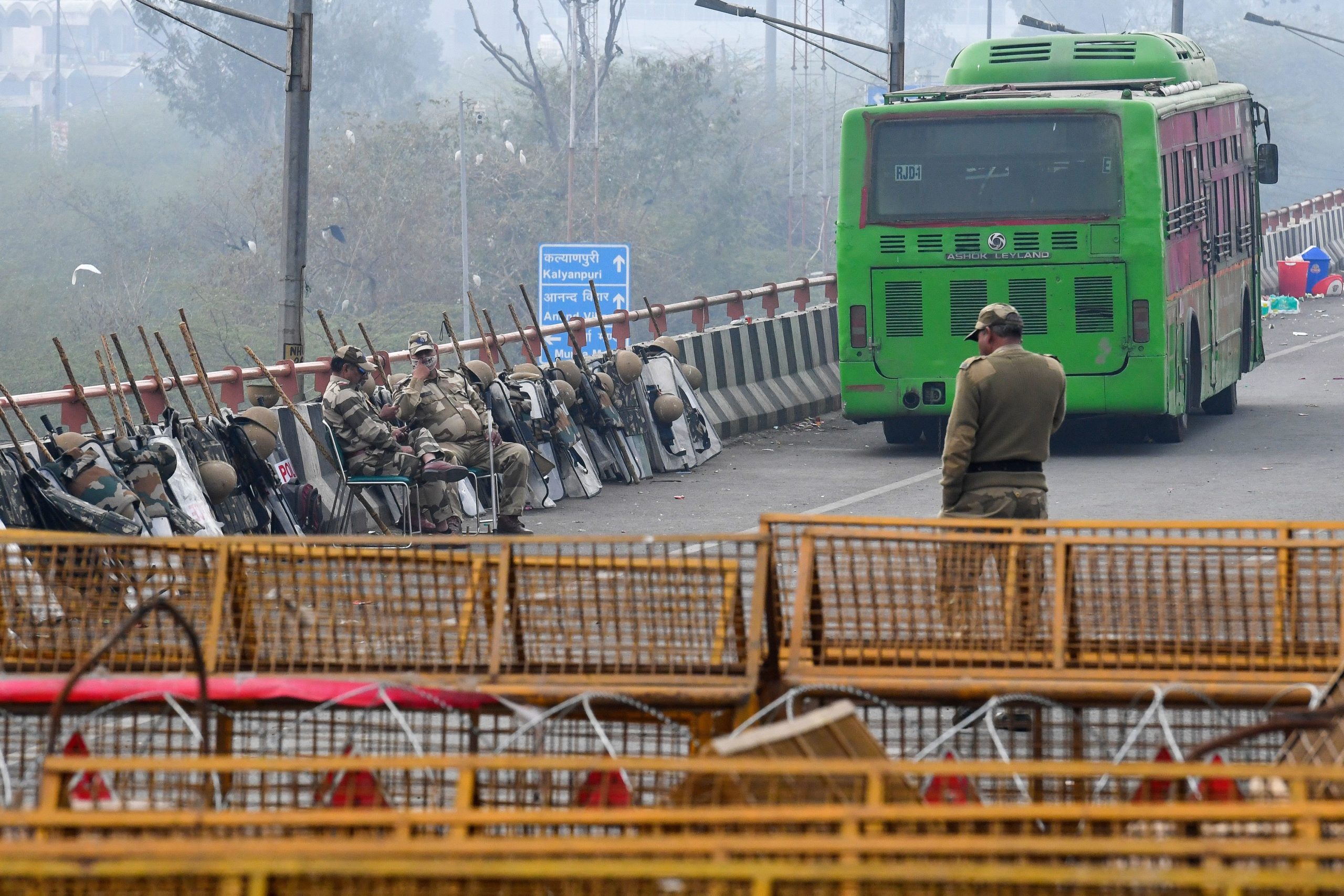 Security personnel sit next to police barricades along a blocked highway as farmers continue to protest against the central government’s recent agricultural reforms at the Delhi-Uttar Pradesh state border in Ghaziabad on February 4, 2021. (Photo by PRAKASH SINGH/AFP via Getty Images)

After the initially peaceful demonstrations turned violent, the government shut off the internet and blocked several Twitter accounts of farmers’ groups, claiming that the users were trying to incite violence.

Rihanna and climate activist Greta Thunberg have voiced their support for the protesting farmers, angering the Indian government, Vox reported. 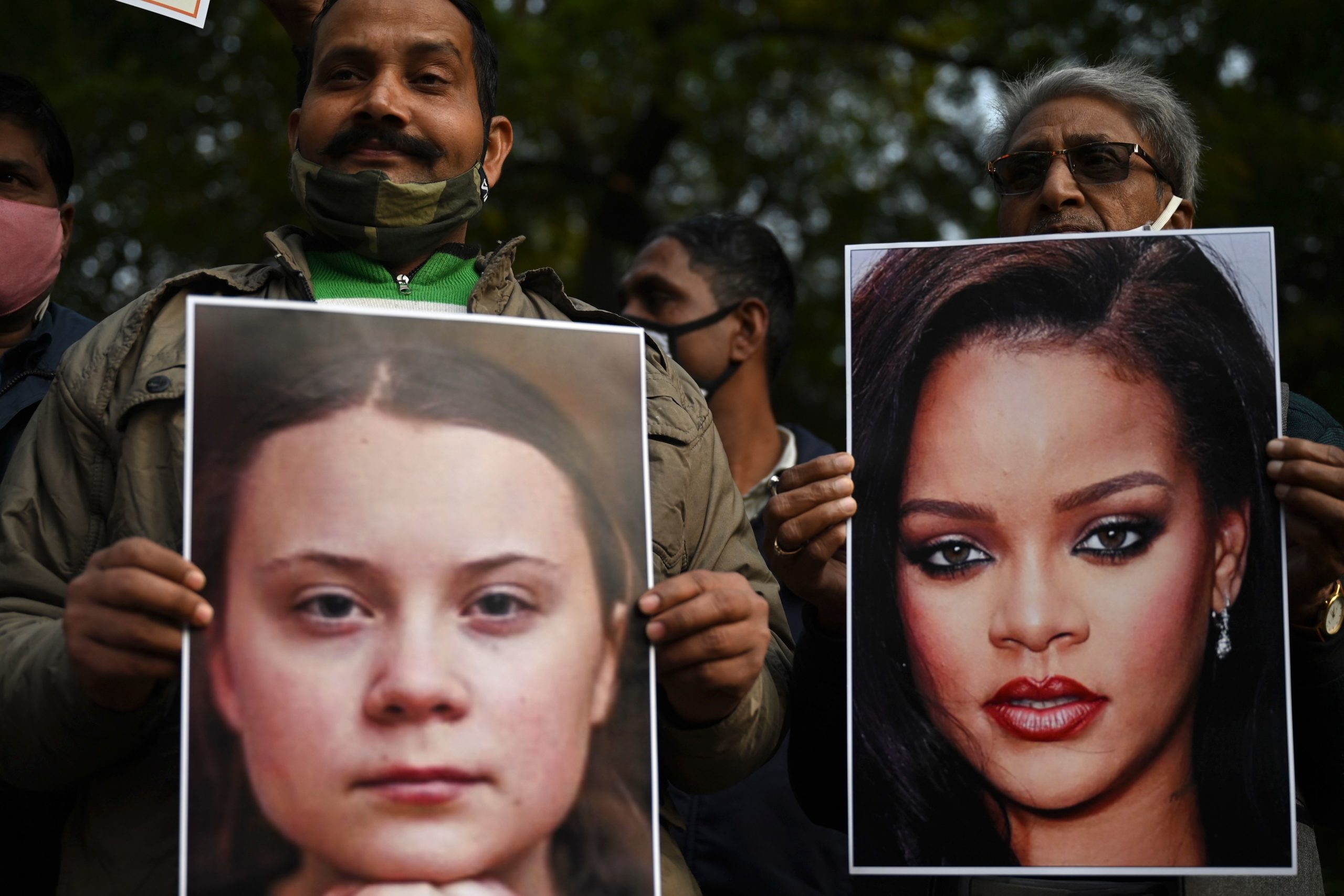 Activists of United Hindu Front (UHF) hold pictures of Swedish climate activist Greta Thunberg and Barbadian singer Rihanna during a demonstration in New Delhi on February 4, 2021, after they made comments on social media about ongoing mass farmers’ protests in India. (Photo by MONEY SHARMA/AFP via Getty Images)

Navkiran Natt, another founder of Trolley Times, told Thomson Reuters that the Trolley Times will continue covering the protests and handing out free copies of the newspaper at the demonstration sites, although they can’t publish as frequently as they did before because the newspaper staff now has to travel to use internet functions, like sending emails or uploading pictures.

“The Trolley Times is itself a form of resistance, because we are telling our story ourselves, with no one else weighing in or telling us how the story should be told,” Natt said.