Meghan Markle, the Duchess of Sussex, is being criticized by the British press for using her role in the royal family to wage a social justice culture war.

Some of the American press has attributed the British press’s targeting of Meghan to racial prejudice. But some British tabloids contend they are giving Meghan negative press because she is employing the implied weight of the crown to advance her liberal politics. Elizabeth II aims for the crown to be politically neutral in its representation of the people of Britain and the commonwealth. 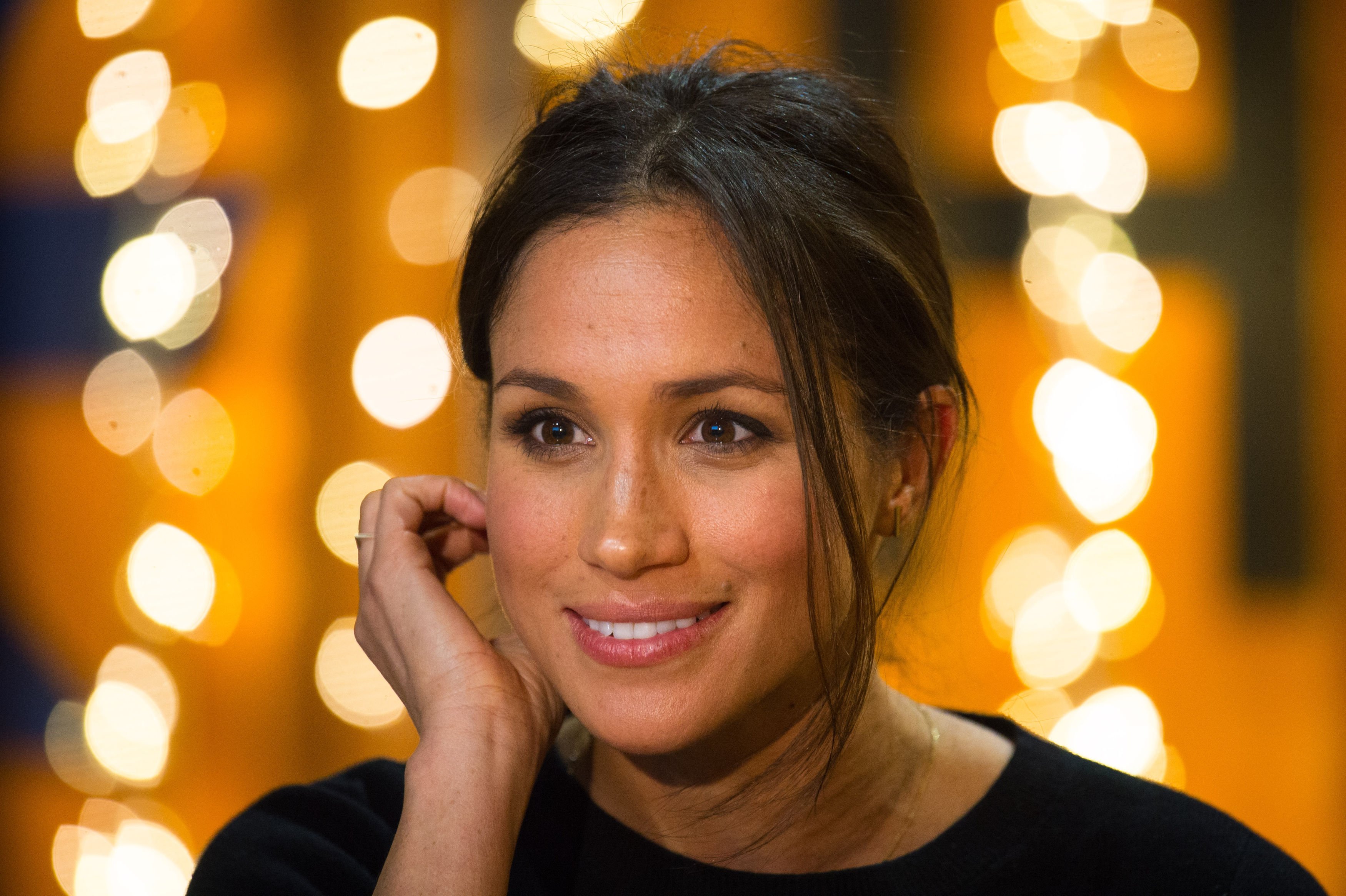 Meghan Markle during a visit to Reprezent 107.3FM in Pop Brixton on January 9, 2018 in London, England. (Photo by Dominic Lipinski – WPA Pool/Getty Images)

“We now live under a Woke Monarchy. Meghan Markle is determined to turn the royal family into a bunch of SJWs obsessed with identity politics, climate change, political correctness,” British columnist Brendan O’Neill and editor of Spiked Online said July 31.

The Duchess of Cambridge, Kate Middleton, has been apolitical, doing her royal duty of smiling for the cameras, raising children, and supporting charitable causes. She has received negative press coverage, but many contend the press coverage of Kate does not compare to the negative press Meghan has received. Buckingham Palace even told the press to “pause and reflect” on their media coverage of Meghan. One reason for the difference may be found in the fact that Meghan has made herself into a symbol of political disruption, while Kate is a symbol of traditionalism. In July, Vogue editor-in-chief Edward Enninful called Meghan “the country’s most influential beacon of change.’” 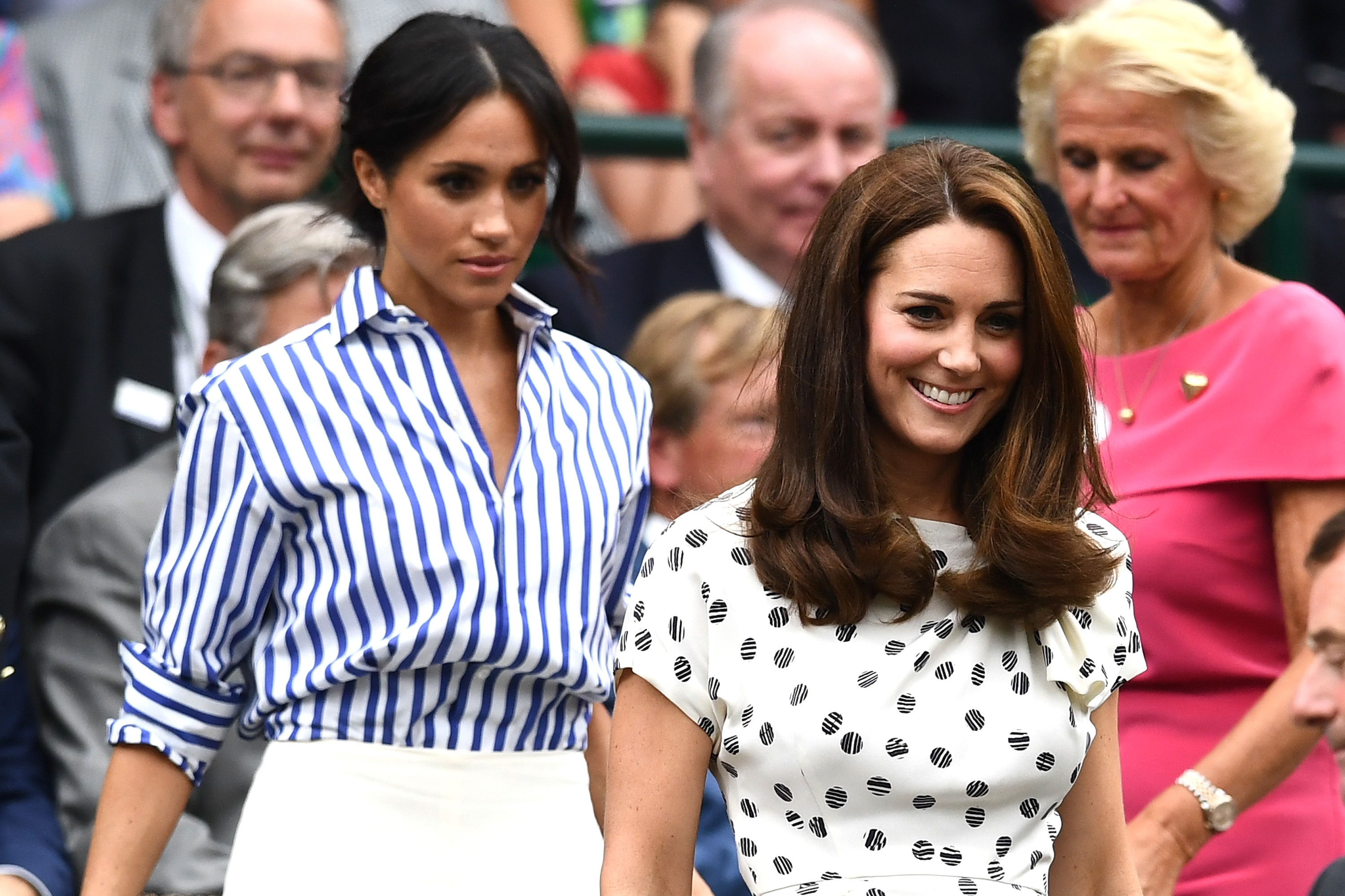 Meghan, Duchess of Sussex and Catherine, Duchess of Cambridge attend day twelve of the Wimbledon Lawn Tennis Championships at All England Lawn Tennis and Croquet Club on July 14, 2018 in London, England. (Photo by Clive Mason/Getty Images)

Meghan, an American, is a self-made woman. Before marrying Prince Harry, she was an accomplished actress, lifestyle blogger, activist, and feminist. She served as an advocate for the United Nations Entity for Gender Equality and the Empowerment of Women. Her Instagram account hit three million followers before she met Prince Harry.

When Meghan became a duchess, the Guardian published an article reporting the news that Meghan’s activism would have to be subdued as a result of royal protocol calling for political neutrality. “She is going to have to adapt,” Dickie Arbitar, former press secretary to Prince Charles, told the Guardian. “Now she has come into the royal family, she will have to be politically neutral.”

Meghan no longer comments on explicitly political topics, like President Donald Trump or Brexit (both of which she expressed opposition to in the past), but she has continued her feminism and social justice activism of a left-leaning flavor. 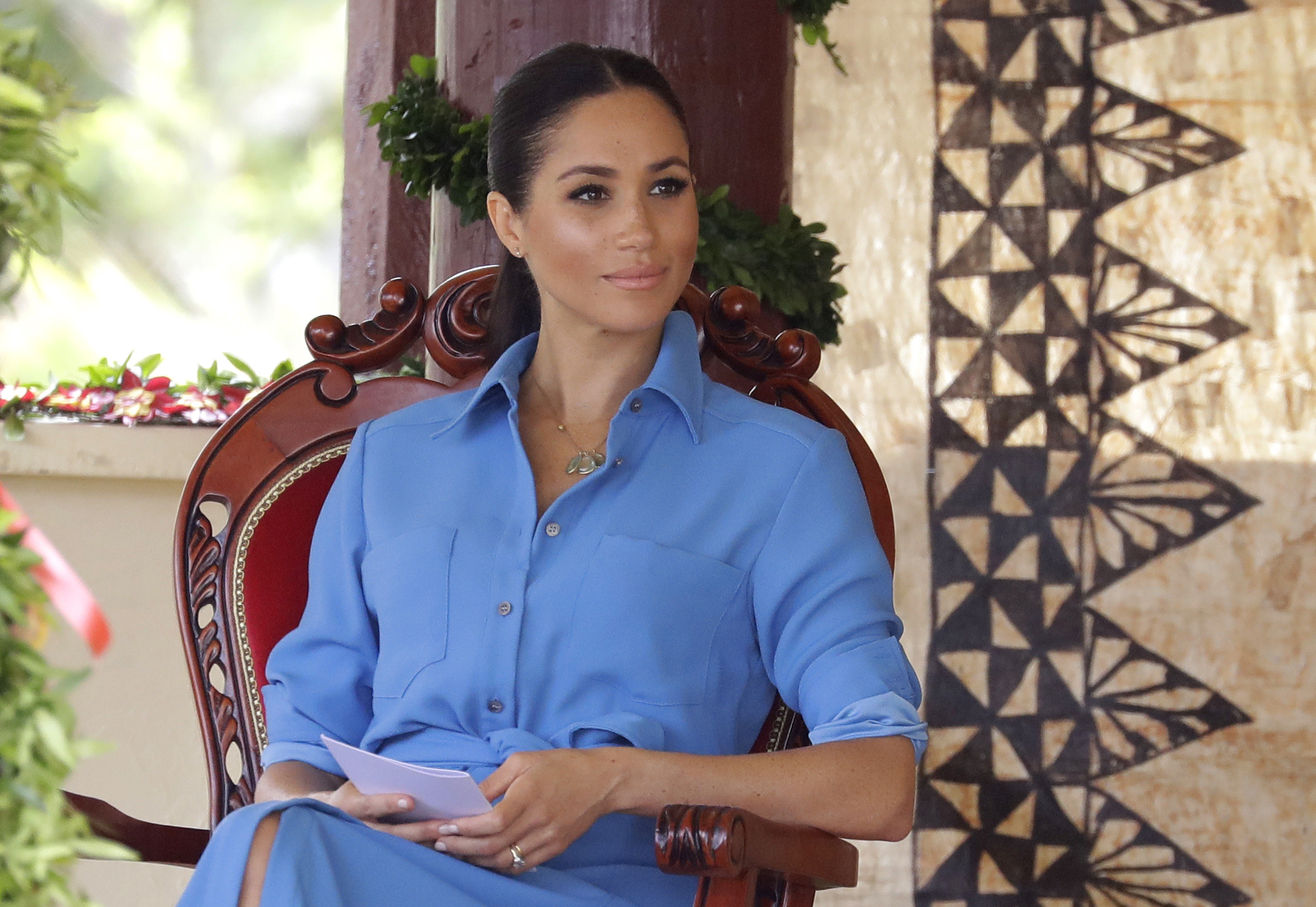 Meghan, Duchess of Sussex talks with students during a visit to Tupou College in Tonga on October 26, 2018. (Photo by Kirsty Wigglesworth – Pool/Getty Images)

In February 2019, Meghan came out in support of a campaign to “decolonize” the British curriculum to “confront the legacies of the empire” on campuses. The campaign aims to replace what education secretary Angela Rayner called “male, pale, and stale” professors with more women and ethnic minorities, reported the Spectator. 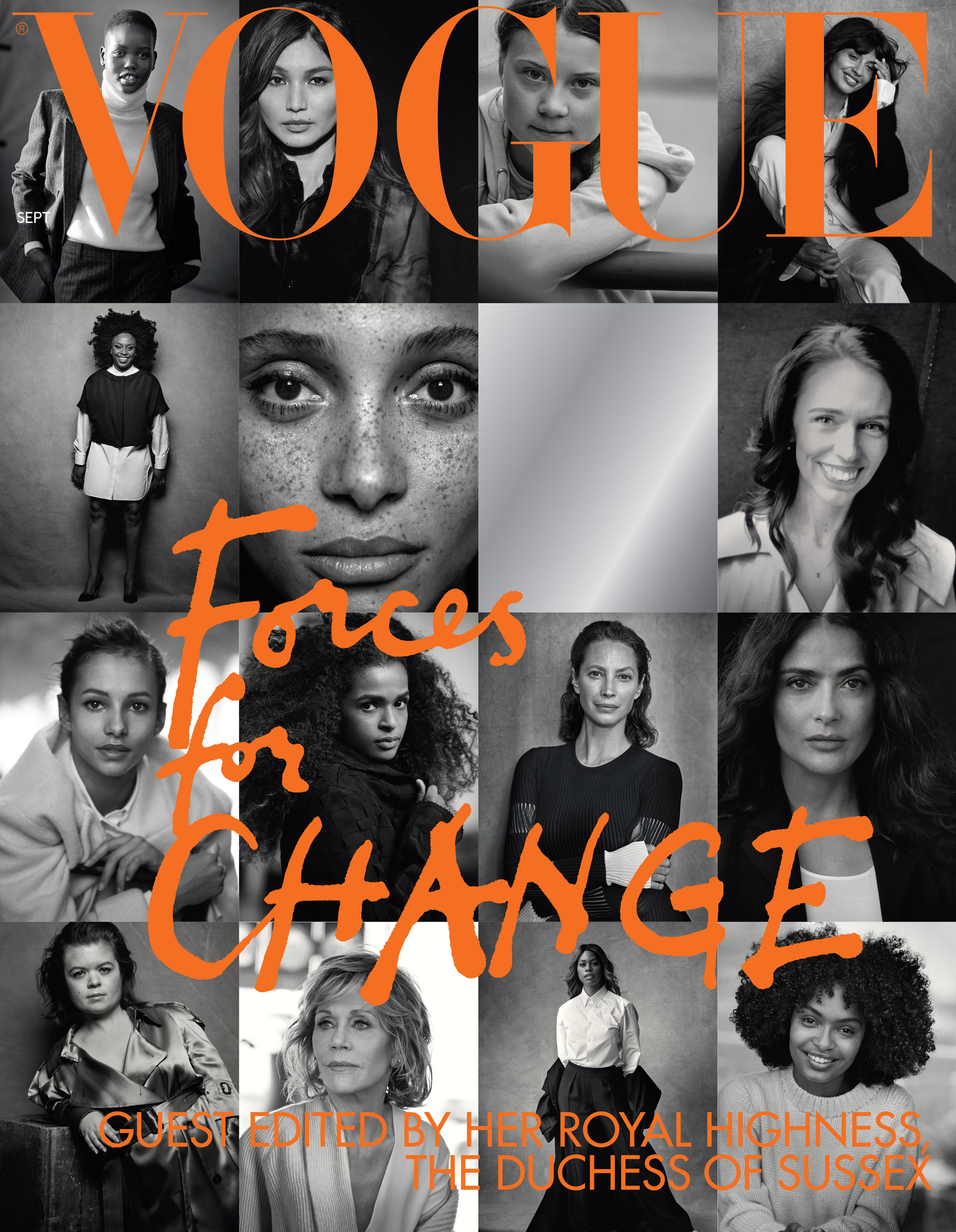 Piers Morgan penned an op-ed expressing his discontent with what he perceived as a leftist bent to Markle’s Vogue issue. “The women she’s selected represent the greatest hits of virtue-signaling — with a nod to everything from ‘body positivity,’ female empowerment, mental health, disability and race to transgender rights, climate change, diversity, and privilege,” Morgan said.

“Meghan’s purpose in guest-editing Vogue is not, as she claims, to simply change the world; it’s to make it the PC-crazed one she wants it to be, and to drag us all with her to ‘woke’ Utopia,” argued Morgan.

British journalist Melanie Phillips also criticized Meghan for choosing to highlight individuals in her magazine which are “associated with causes that are deeply divisive.”

Meghan plans to raise her son Archie with a “fluid approach to gender,” a source told Vanity Fair. “Her exact word was fluid … they plan to raise their child with a fluid approach to gender and they won’t be imposing any stereotypes,” the source said. Meghan and Harry are said to have built a gender-neutral nursery with a white-and-gray color scheme as opposed to using pink or blue. In addition, the nursery is “eco-friendly” and uses vegan paint infused with eucalyptus oil, according to the Sun. Meghan also expressed a hope that her baby will grow up to be a feminist at an International Women’s Day event.

Meghan and Harry plan to only have two children at most for the sake of the planet, Prince Harry said at Google’s climate summit. “Two, maximum!” he told British anthropologist Jane Goodall while discussing climate change, according to the New York Post. The couple also used the event to express their support for measures that would reverse climate change.

Meghan did not attend President Donald Trump’s state visit because she was on maternity leave. Just a few days after the event, however, she broke her maternity leave to attend Trooping the Colour. Before Meghan was a duchess, she called Trump “divisive” and “misogynistic.” (RELATED: Report: Prince Phillip Warned Prince Harry Not To Marry Meghan Markle)

Meghan has cemented beliefs she is determined to advance. She is aware of the enormity of her platform, and she uses much of it to support charitable causes. But Meghan’s strong feminist impulses can’t help but motivate her to use that platform to assert her values in the world. For Meghan, shutting up and smiling would be excruciating. 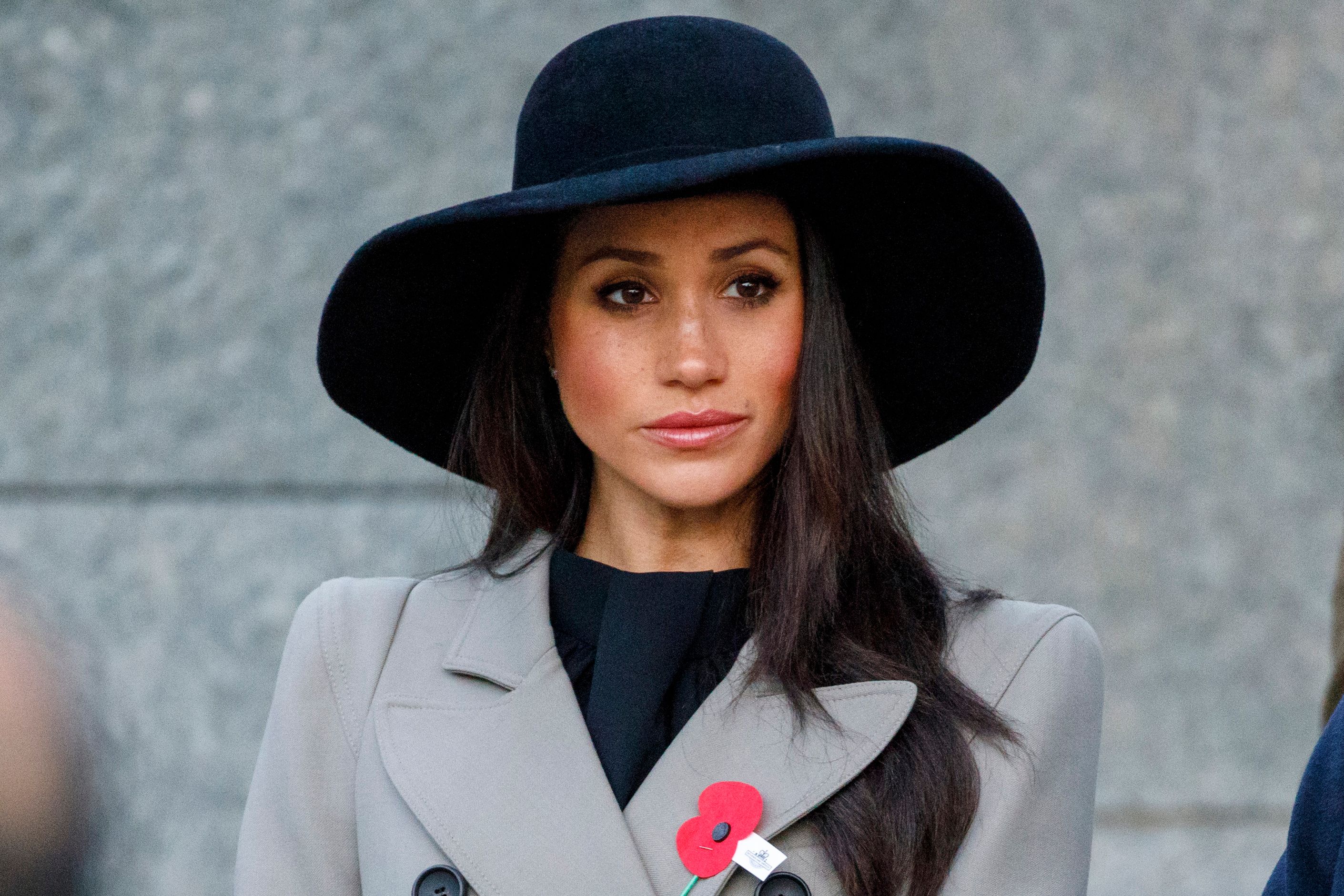 Some American media has blamed the negative press towards Meghan on her race. The Washington Post’s article about how the “vicious tabloids” make Meghan a “constant target” provides this explanation: “She is proud of her heritage and has not shied away from talking about her racial background. But, to the avenging British tabloids, Meghan will always be an outsider.”

NBC News correspondent Keir Simmons also said on the Today Show the negative coverage of Meghan is linked to sexism and racism. “I think there’s some old-fashioned snobbery, there’s a little sexism, there’s a little racism,” he said.

“She is the woke Duchess and she sees it as her life’s work to make the Royal Family woke,” British journalist Toby Young said.

Asserting political beliefs through today’s version of the crown could have potentially destructive results. Politics in Britain is divided, and asserting one side through the publicly funded crown could enrage the other side.

“By forcing her radical liberal opinions upon us, she’s playing a very ill advised game that I can guarantee will end in tears,” said Piers Morgan.

It is groundbreaking that Meghan is the first woman of African ancestry and the first American to hold a position close to the British throne. But it is Markle’s outspoken political beliefs in today’s neutral British monarchy which are truly revolutionary.