At least two people are dead and one suspect is in custody after a shooting near a synagogue in Germany Wednesday, police said.

The shooting happened on Yom Kippur, the holiest day of the year in Judaism, in Halle, Germany, The Washington Post reported. Multiple suspects are thought to have fled the scene, police spokeswoman Ulrike Diener said.

“Several shots were fired,” Halle police said in a statement on Twitter, The New York Times reported. “The suspected perpetrators fled in a vehicle.” 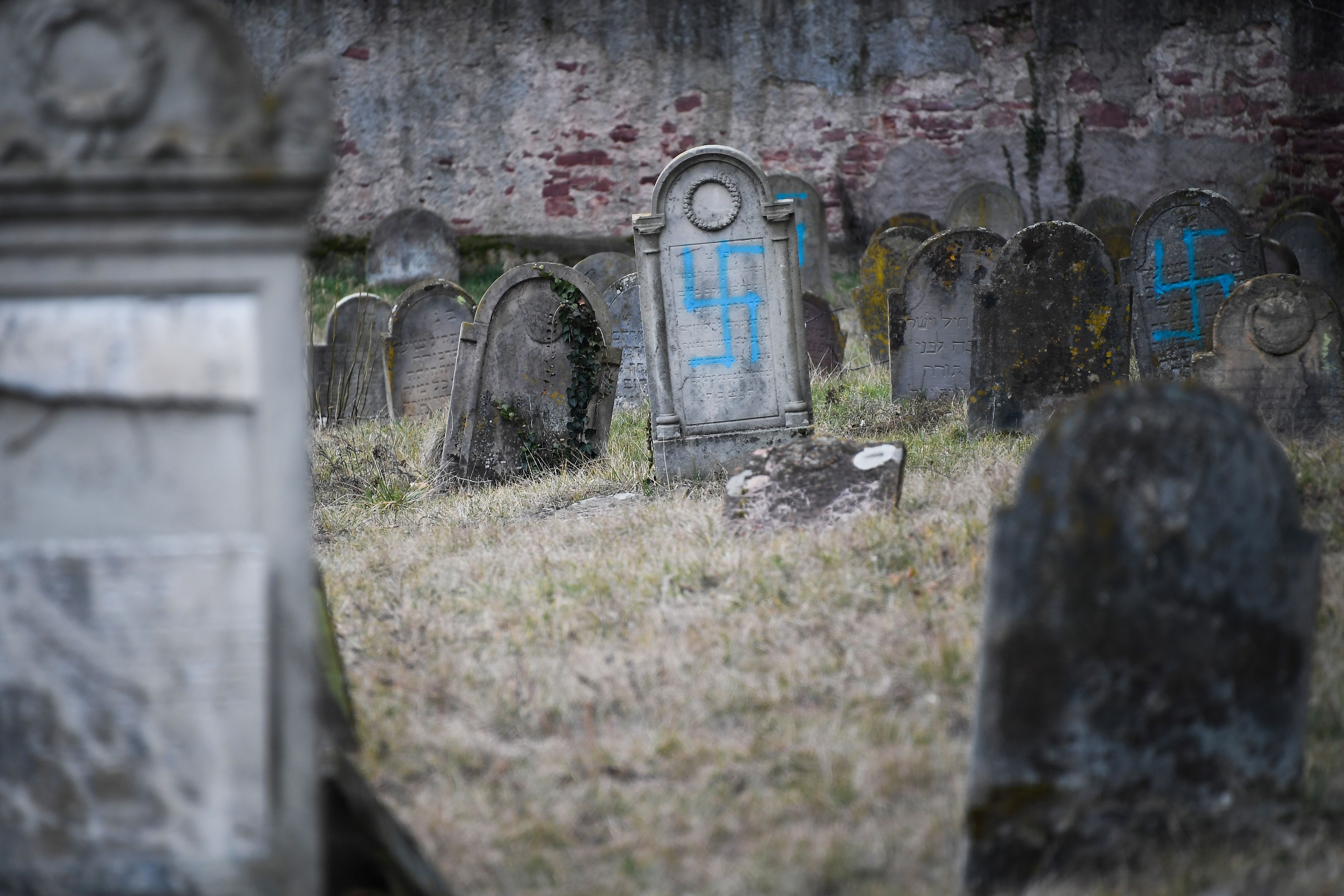 A picture taken on Feb. 19, 2019 shows graves vandalized with swastikas at the Jewish cemetery in Quatzenheim, France, on the day of a nationwide marches against a rise in anti-Semitic attacks. (FREDERICK FLORIN/AFP/Getty Images)

An attacker allegedly threw a grenade in the synagogue’s cemetery, according to the German newspaper Bild. (RELATED: Ocasio-Cortez Accuses Trump Of Anti-Semitism In Attacks Against Schiff)

The shooter was allegedly dressed in combat gear with an assault rifle, an eyewitness told local reporters according to WaPo. The eyewitness described hearing explosions as well, but a police spokeswoman could not confirm that explosions occurred, the publication reported.

Shots were also reportedly fired in a city about 10 miles away from Halle in Landsberg, Germany, WaPo reported citing German media outlets.