‘You Can’t Help But Cry’: One Of New York’s Top Doctors Details Harrowing Experience Of Being On Hospital’s Frontlines

Across the country, medical staff are reporting unprecedented conditions in their hospitals due to the coronavirus pandemic that threatens to overwhelm the health care system.

The director of global health in emergency medicine at Columbia University Medical Center details what doctors, nurses, and other hospital staff are facing in a Twitter threat with harrowing detail.

There’s really no way to describe what we’re seeing.

Our new reality is unreal.

The people and places we’ve known so long & so well have been transformed.

Our ERs are ICUs.

Everything looks, sounds and feels different.

Just one week and it’s a whole different world.

“There’s really no way to describe what we’re seeing. Our new reality is unreal,” Dr. Craig Spencer wrote in his April 2 Twitter thread. “The people and places we’ve known so long & so well have been transformed. Our ERs are ICUs. Everything looks, sounds and feels different. Just one week and it’s a whole different world.” 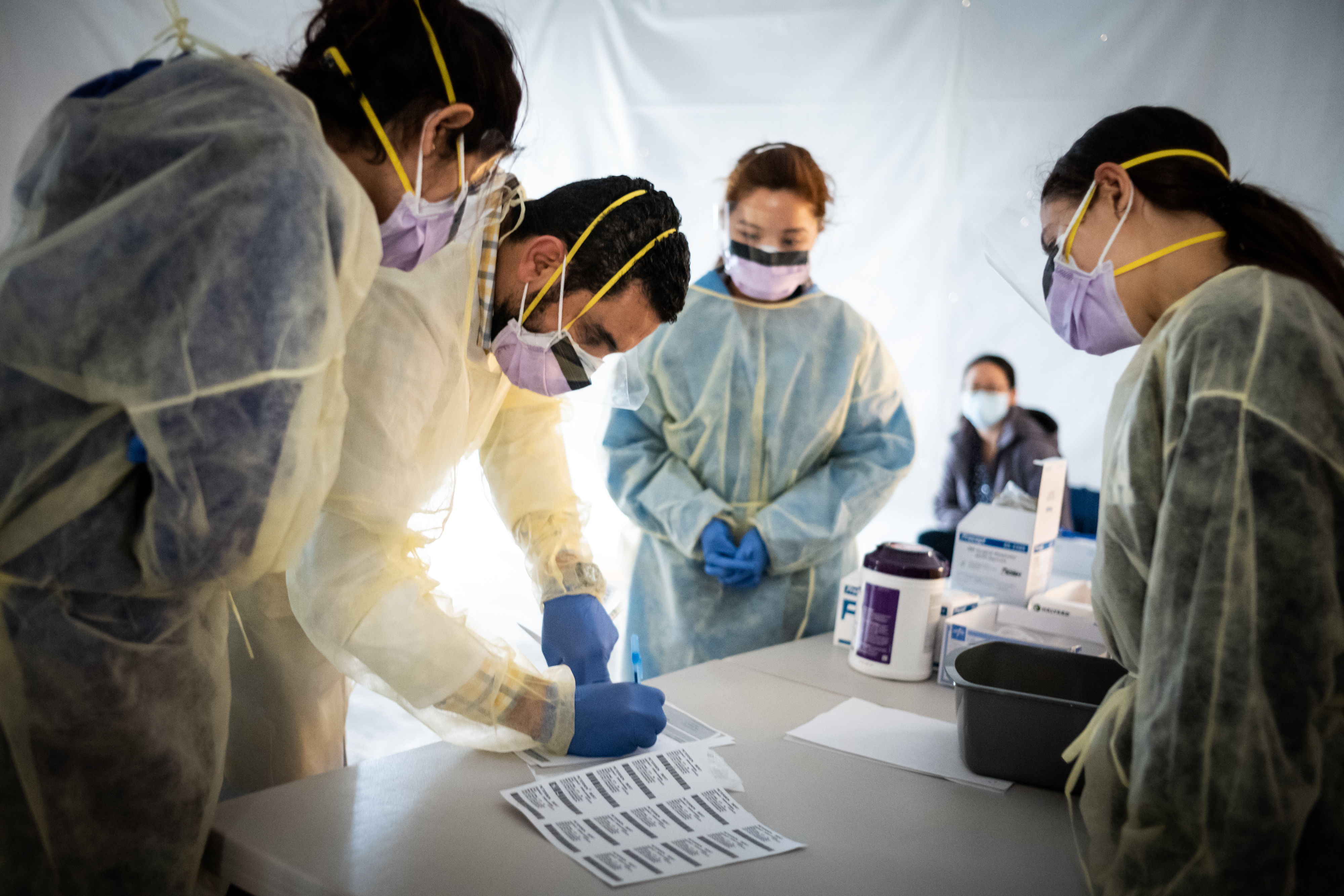 He describes the tents outside of hospitals, which remind him of when he worked in a tent in West Africa. Spencer was the first person in New York City to be diagnosed with the Ebola virus in 2014, after he contracted the virus while performing aid work at a treatment center in Guinea, according to WebMD.

“In those same tents, I saw too much pain, loneliness, and death. People dying alone. I never thought I’d have to see or experience that ever again. I never wanted to. Once was painful enough,” he said. “We have no other option now. Our ICUs are filling fast. Our ERs are ICUs.”

He goes on to add that “every person I see had #COVID19. Every single patient.” New York City Mayor Bill de Blasio said Friday that the city only has enough ventilators to get through Sunday or Monday, and hospitals are expecting a surge in coronavirus patients next week, the NY Daily News reported. So far, 10,590 of the nearly 50,000 people who are confirmed cases been hospitalized for coronavirus as of Thursday night. Around 1,562 have died.

He also describes how doctors are being asked to do things they’ve never done before, as the country is operating under an “all hands on deck” approach due to the surge of cases. Some groups are even calling for immigrants who were doctors in their native countries to be able to contribute despite not having acquired the entirety of their usually require accreditation in the U.S., which would require some rules to be modified, CNN reported. 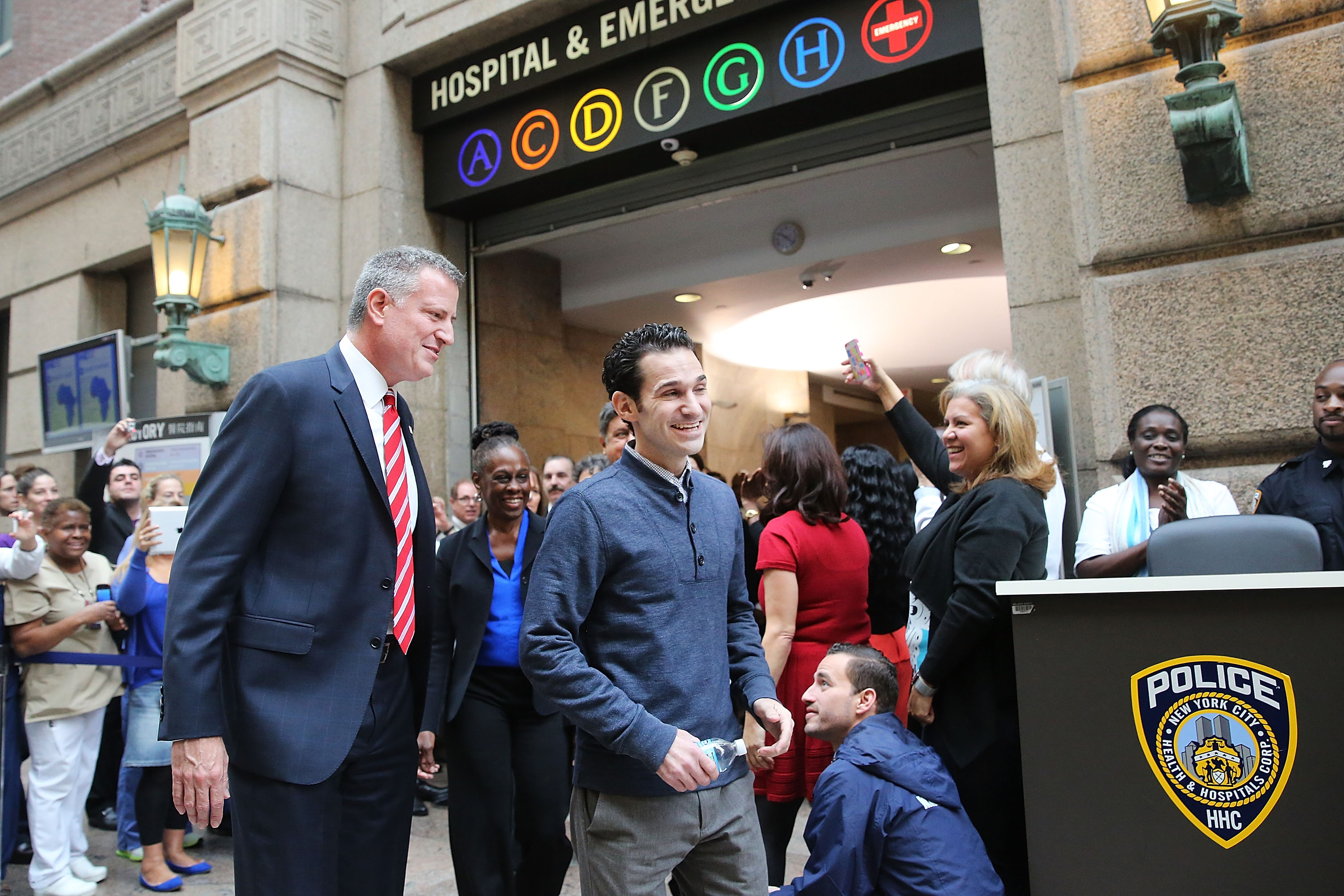 “Talk to palliative care. Talk to family members. Long discussions about likely outcomes. Listen as family members sob. They aren’t here to say goodbye when they ask to withdraw care. We FaceTime so they can say goodbye. We stop the drips. Turn off the ventilator. And wait,” he writes. (RELATED: Video Of FDNY Firefighters Honoring The Medical Staff At A New York Hospital Will Make Your Day)

Photos of doctors from China, to Italy, to the U.S. have been circulating showing the imprint the masks leave on one’s face from long hours working non-stop, sometimes without pause.

Some of Italian nurses & doctors after long hours of work in intensive care. Red heartFlag of Italy pic.twitter.com/cdxXRqFzDd